(Generous support from the student community of Merida Mexico) 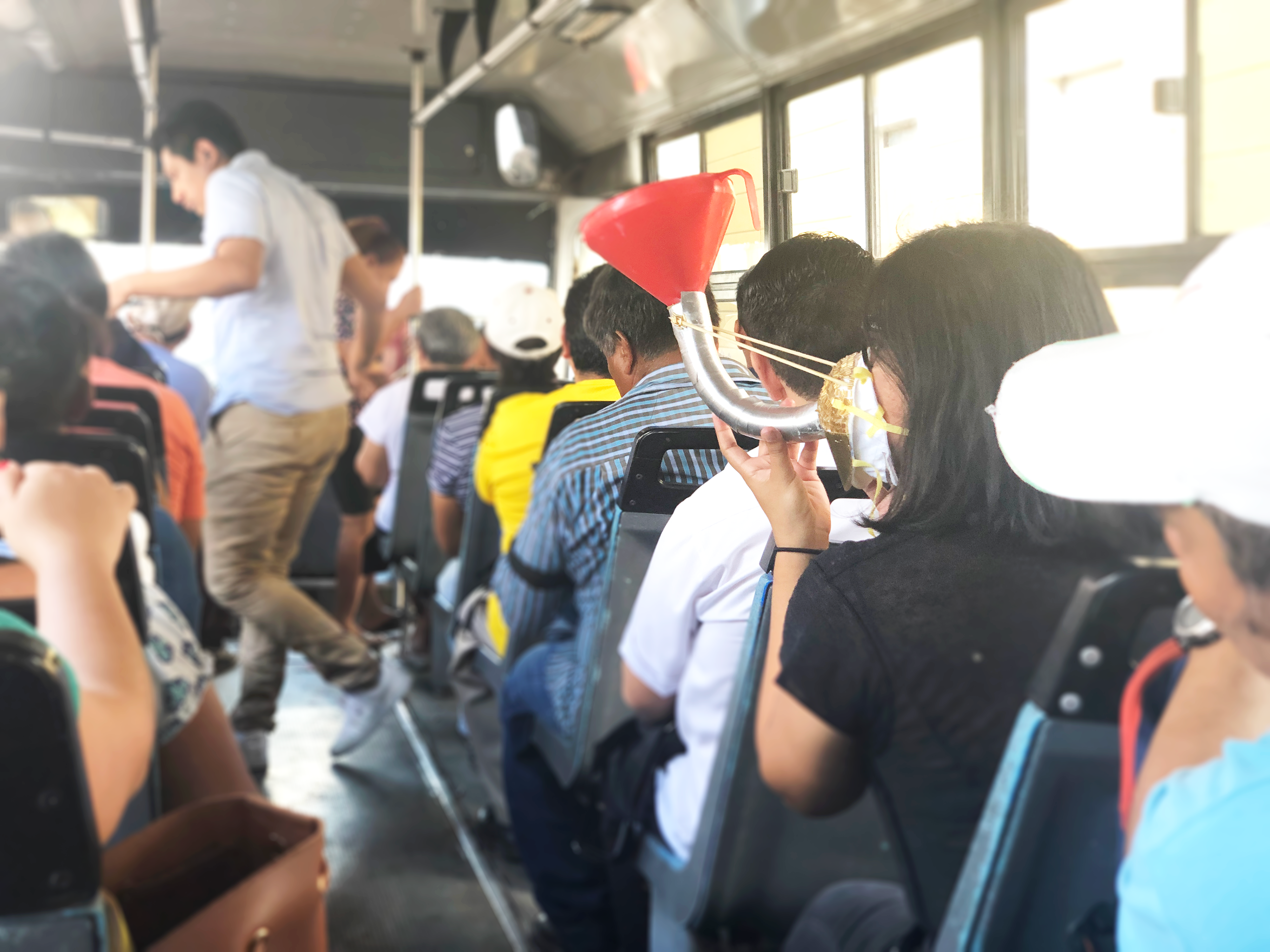 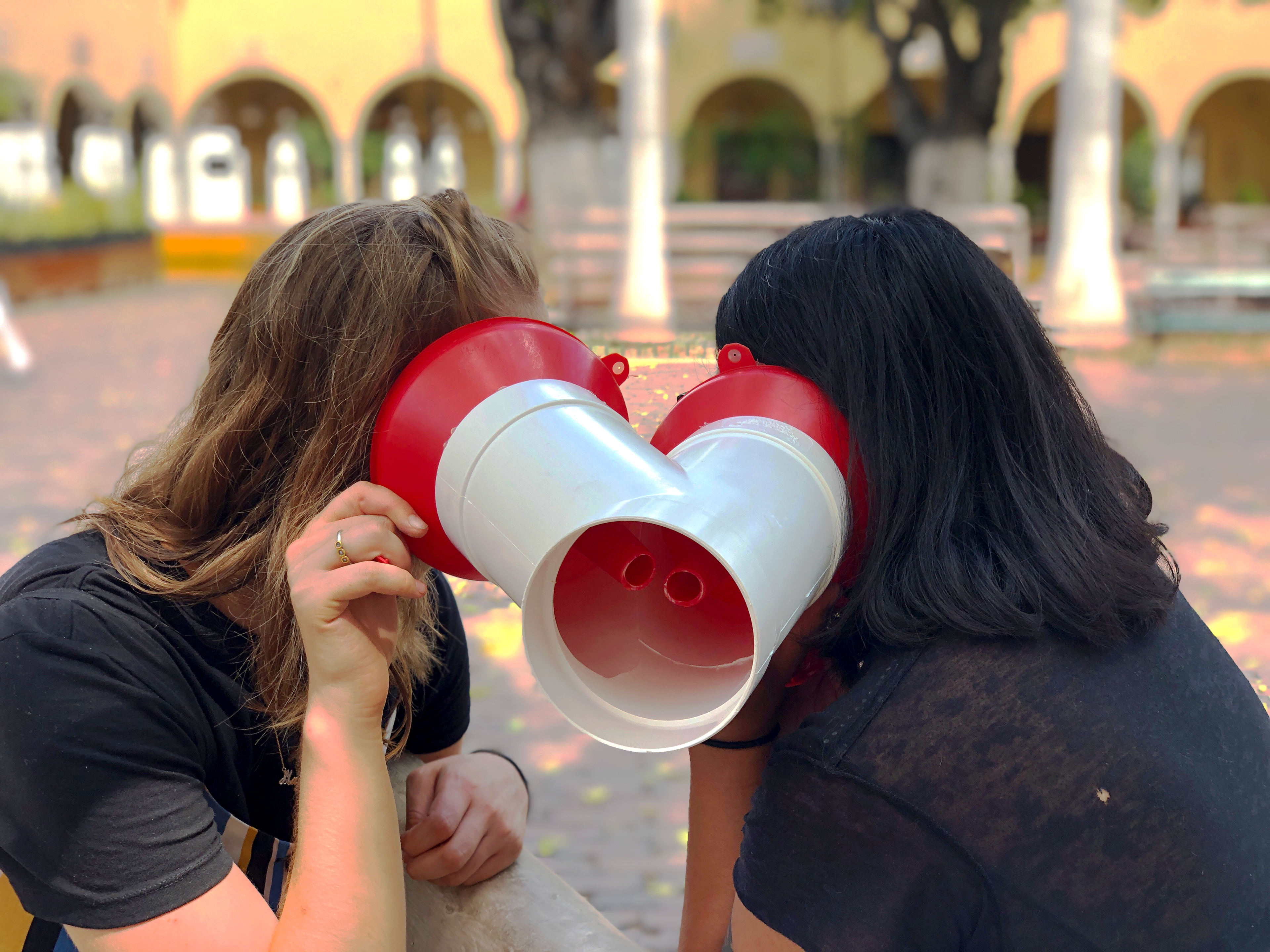 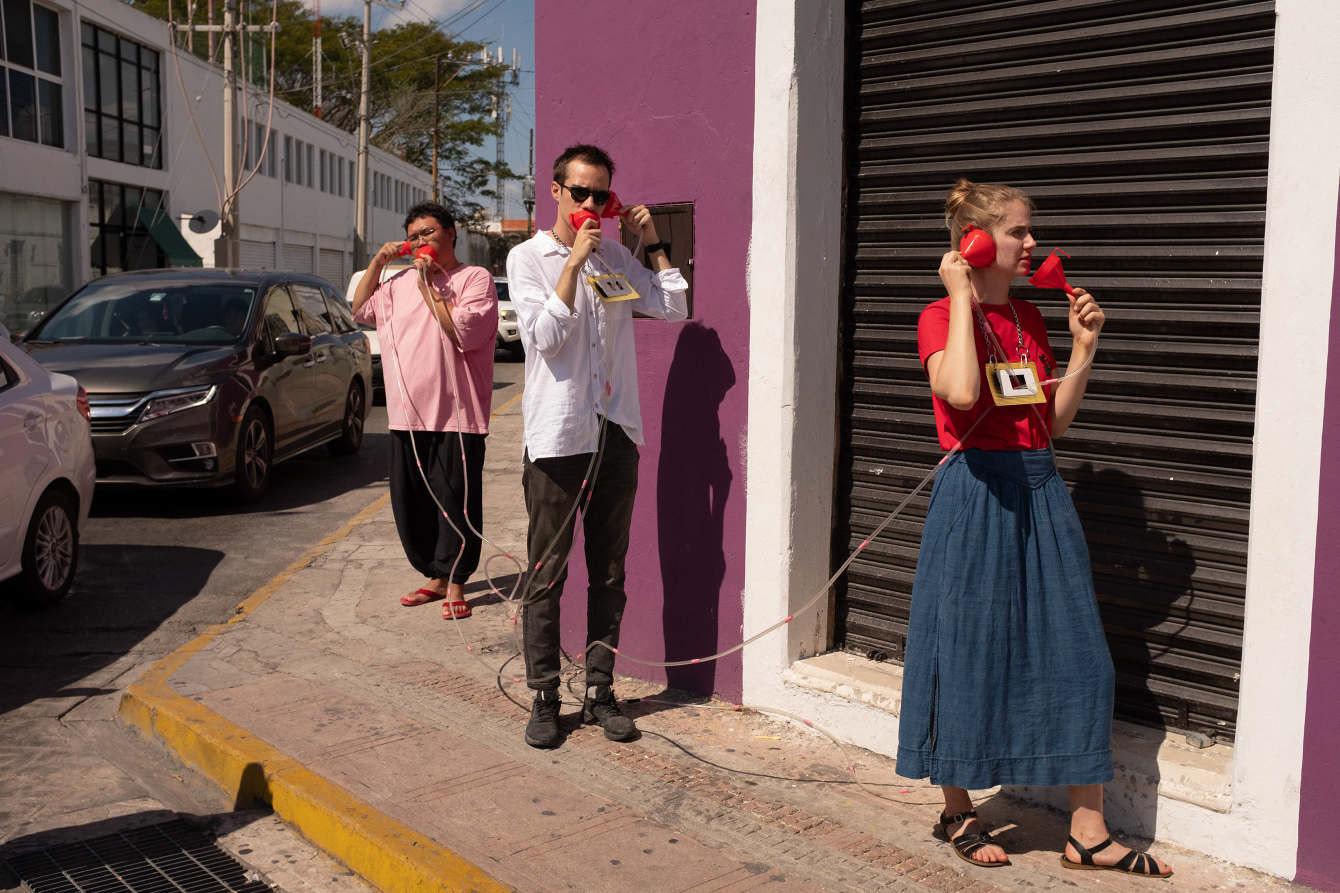 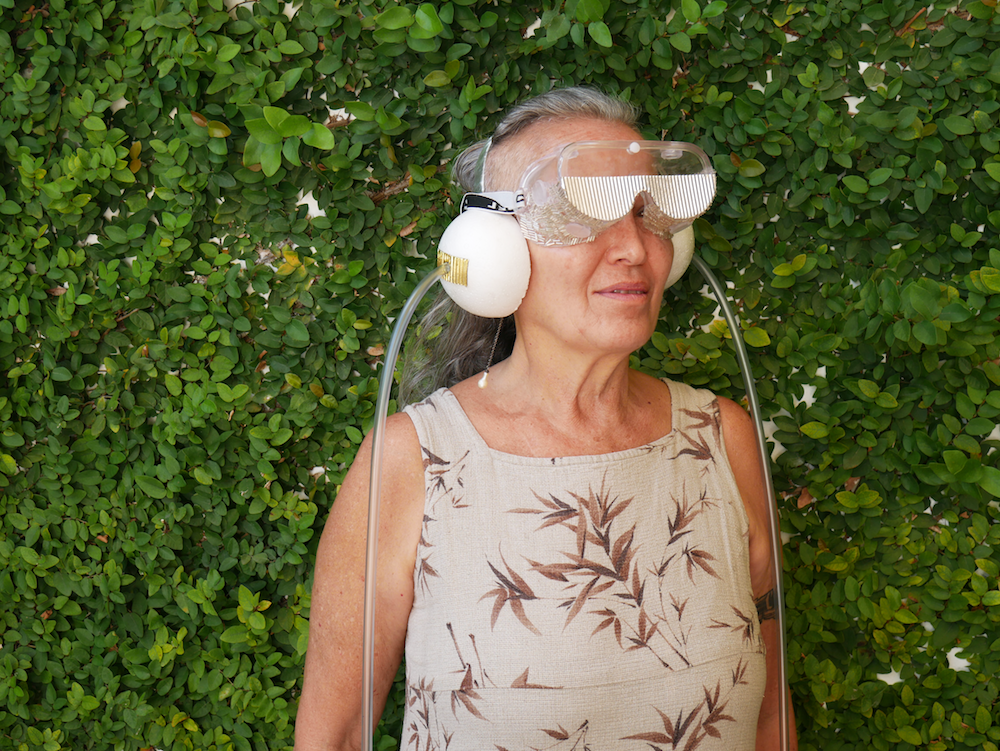 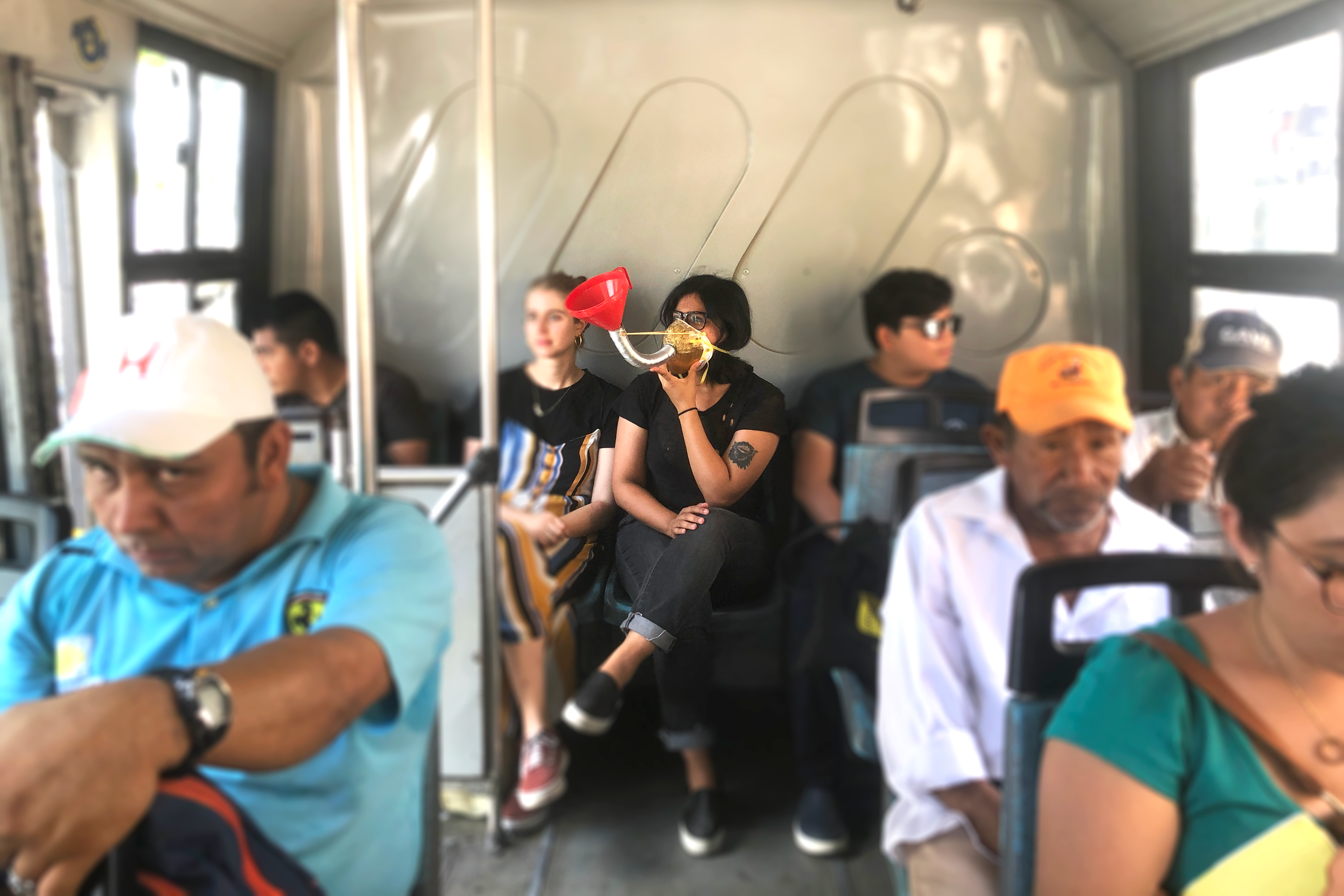 01 The Challenge: Creating Cultural Probes with Local Items
I set out to conduct site-specific research in Merida Mexico on how space and culture values and norms impact communication styles. When conducting site specific research, designers have a habit of marching in with the most common tool: post-its. Instead, I designed exercises that required items to be used that came directly from the local market, Mercado San Benito in Merida Mexico. Below is a selection of playful funnels, tubes, light socket covers, goggles, etc that were pieced together to create cultural probes and conversational prototypes. 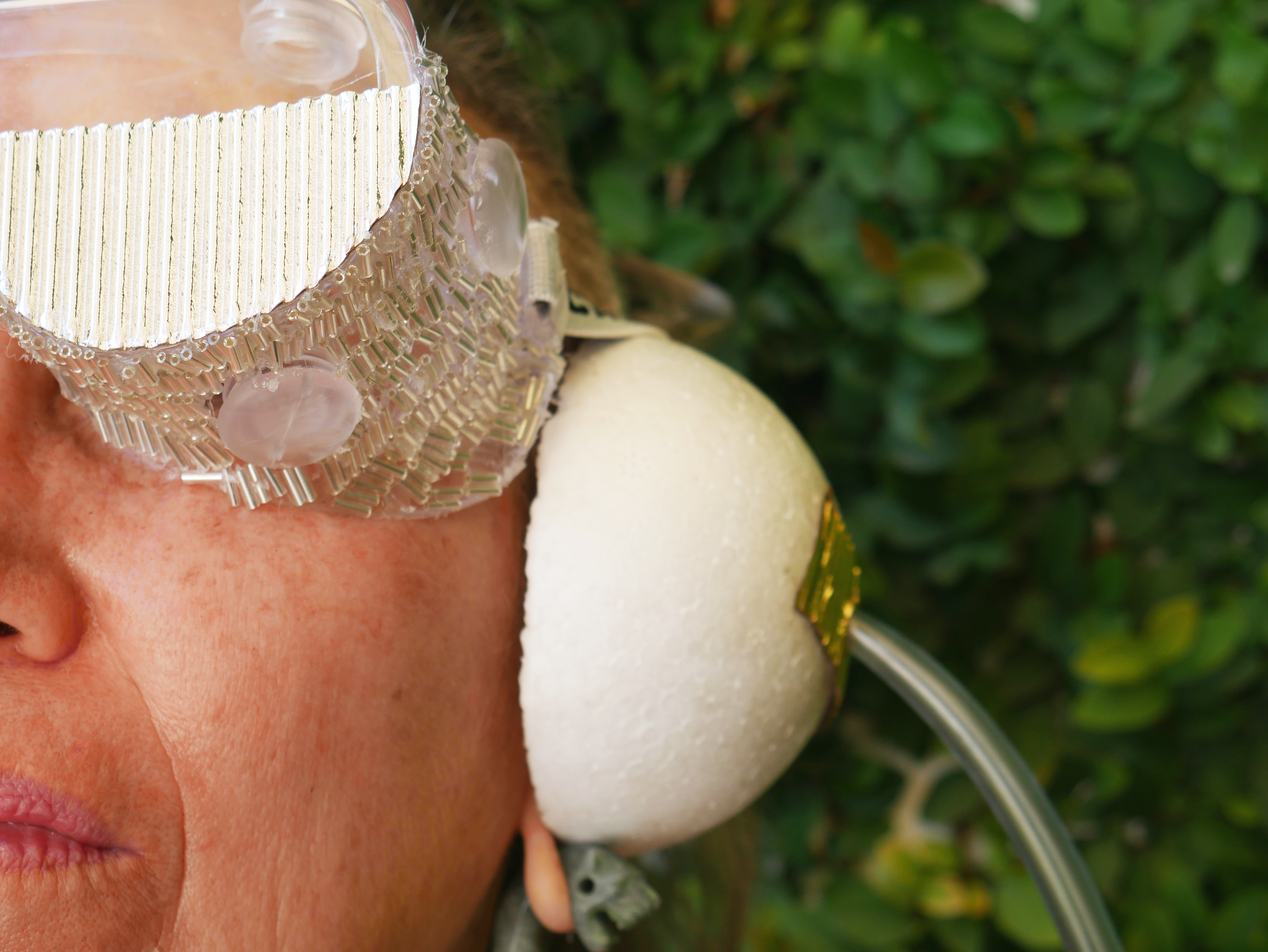 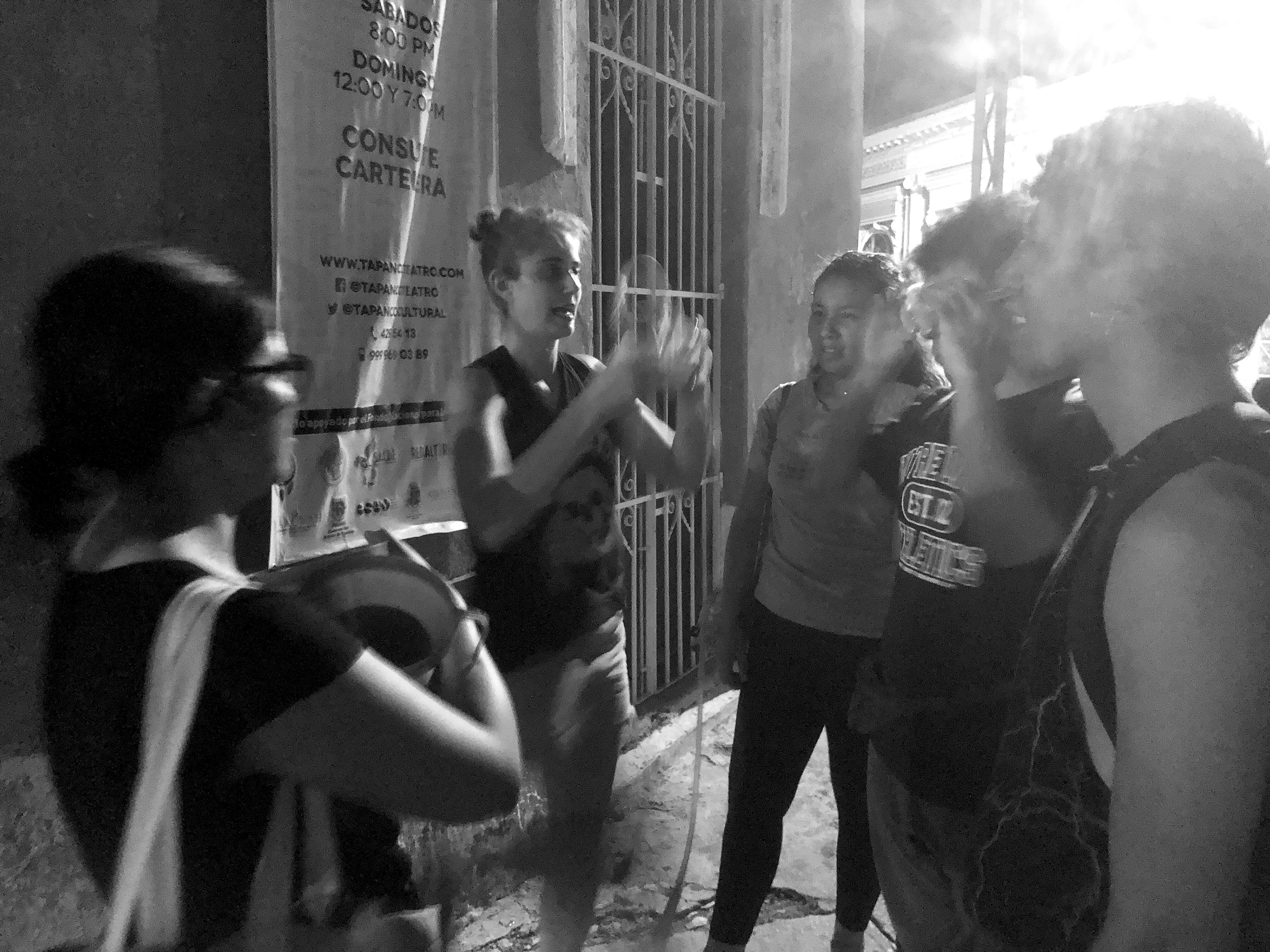 02 The Process: Building Prototypes
The items were created in collaboration with local students in Merida:
1. The Muffler & The Trunk: A pair of devices that muffle and amplify the volume of our voices in public spaces. The idea was first born when I became acutely aware of the loud echo of my voice in a high-ceilinged, concrete space in Merida. I began to think about why I was so uncomfortable. Was it because I was a tourist, speaking another language, a woman, being socially disrespectful? This prototype began a conversation about some of the spaces in Merida where volume of voice affects a social or environmental interaction?
2. Voice Yardstick: The width of the sidewalks in some parts of the city make it challenging to have group conversations. This device allows for group conversation in single file, but questions what types of bodies can and can’t share conversations in certain public spaces.
3. Bicochlears: What happens to our understanding of our environment when we are forced to listen face-to-face with someone else? Learning about noise disputes happening in the city of Merida began conversations about the subjective nature of categorizing noise and sound. If we are forced to listen intimately, face-to-face, what new conversations might arise that create shared perspectives about sound rather than individual?
4. Audio Bifocals & Happy Meal Headphones: What if adults had ears that hung at the level of children’s ears? What if children had rabbit ears big enough to hear at the level of adult conversations? What if you owned glasses that helped you see at the average height level of the population of a country where you were traveling? These devices seek to playfully answer these questions related to shipping perception in a familiar context. In this set of devices, the glasses cut off your visual perception in two different ways, forcing you to use audio cues to fill in the blind spots.
03 The Impact
These items were exhibited as part of an open studio in Merida that explored different ways sound played a crucial role in the design of cities.  My project brought an interesting perspective using conversation as the main focus of my design work. This work also proposes a new process with which to conduct site specific-research using local items and processes.